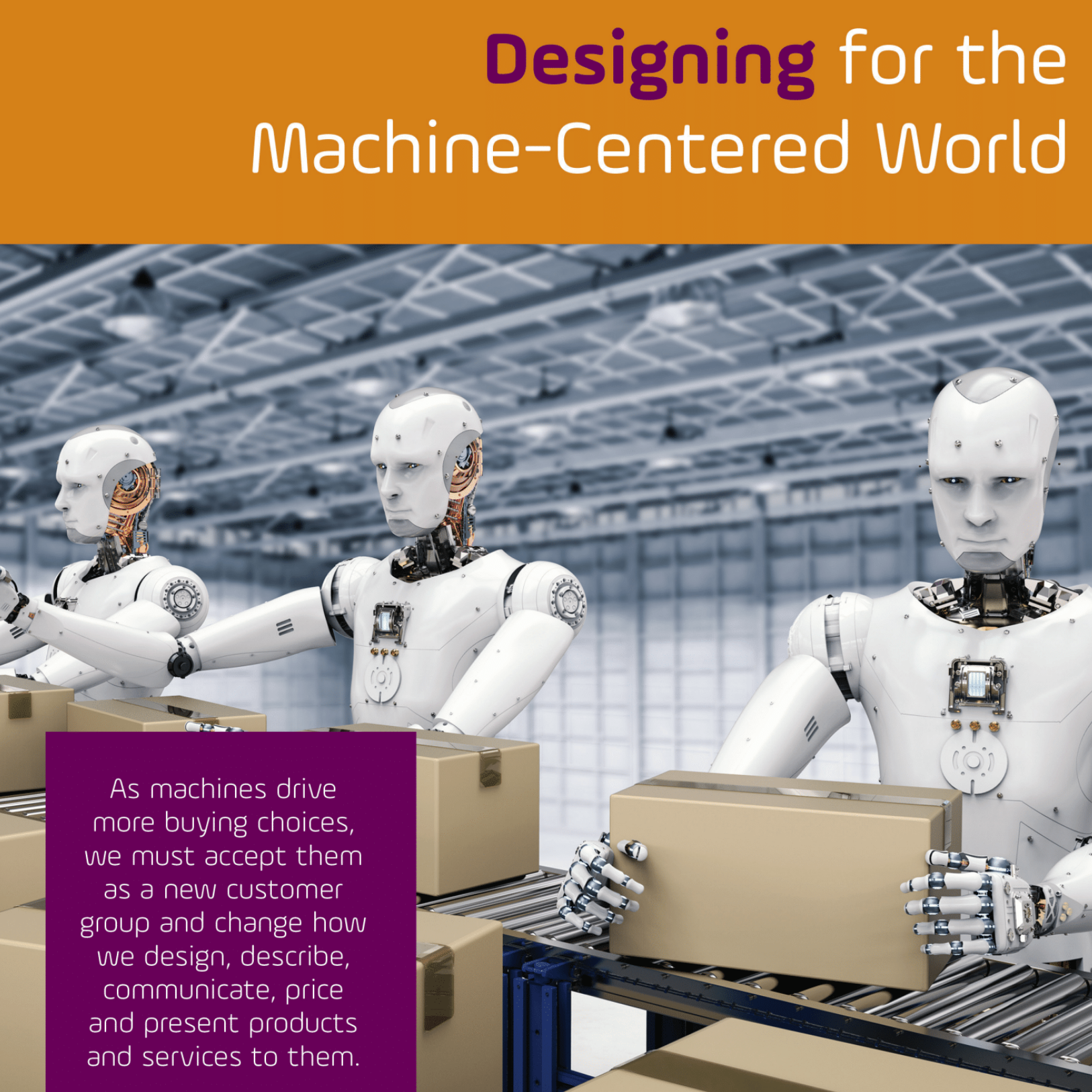 As machines drive more buying choices, we must accept them as a new customer group and change how we design, describe, communicate, price and present products and services to them. In the whitepaper, the authors from Venture Idea together with the innogy innovation hub explore the needs of machine customers and how to serve them in the future.
Kontakt aufnehmen
AUSZUG

In spring 2017, an advertisement for Burger King included the line “OK Google, what is the Whopper burger?” Which prompted any Google Home VPAs within earshot to begin describing the burgers to their owners.

In the future – perhaps the near future – your autonomous car will not only decide when it needs maintenance, but shop for the best price, schedule an appointment and drive itself to the shop. If it is an electric vehicle, it will shop for charging stations and drive itself to the location with the best price and the most open charging poles. A little further in the future it might even own itself and run its own ride-sharing service.

These are not just cute anecdotes or isolated examples. They’re the opening shots in an economic, cultural and possibly political revolution in which products and services are designed primarily

not for people, but for the increasingly smart machines we will trust to make purchases for themselves as well as for their human owners. Increasingly, such machines are becoming autonomous economic agents not only supplementing human judgement but sometimes replacing it. Combine these rising levels of machine intelligence with blockchain’s ability to provide secure, immutable transactions without a middleman and the upside is transformative. Think of a decentralized economy
that allows smart machines to find each other and complete transactions at zero cost. Think of the efficiency when new providers of goods and services can compete regardless of location or the quality of their local banks and legal systems. Think of the new business models enabled by fast, secure, zero cost nano transactions on blockchain technology or of smart devices in the Internet of Things (IoT) generating, sharing and even trading data for profit.

In the human centered world, successful innovation means finding a good fit with unmet customer needs and achieving high traction in the marketplace. In the machine centered world, successful innovation means finding and filling the unmet needs of your machine “customers” and gaining traction in a world of autonomous, algorithmic customers.

Thank you! Your submission has been received!
Oops! Something went wrong while submitting the form.